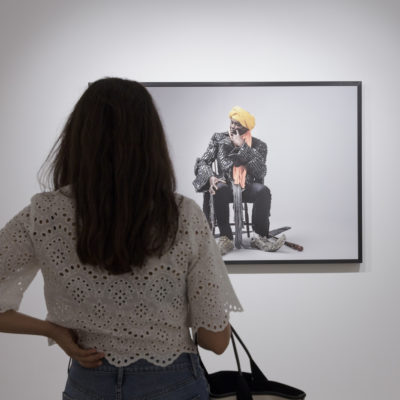 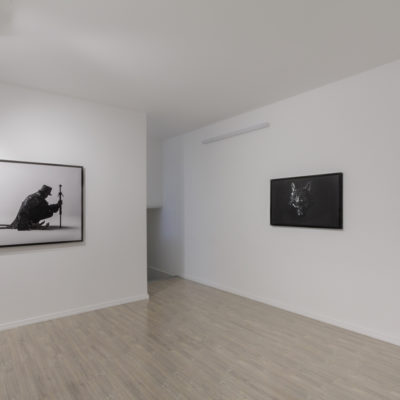 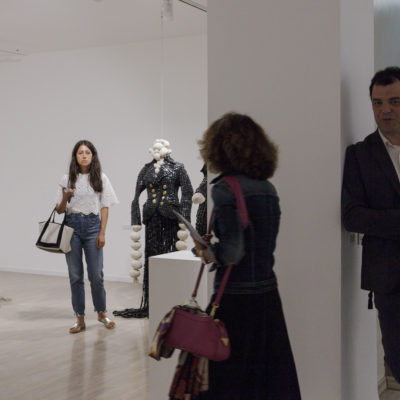 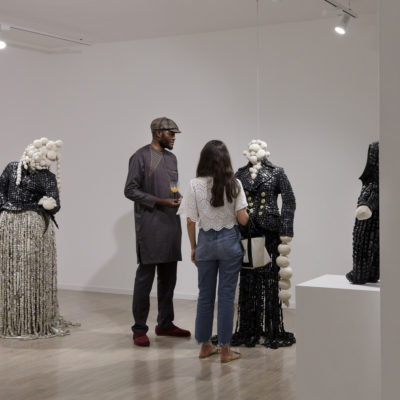 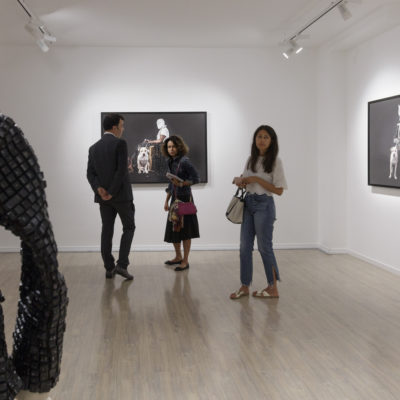 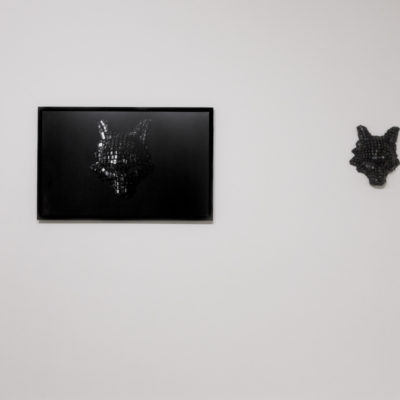 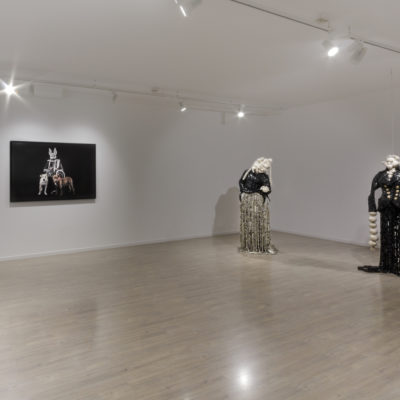 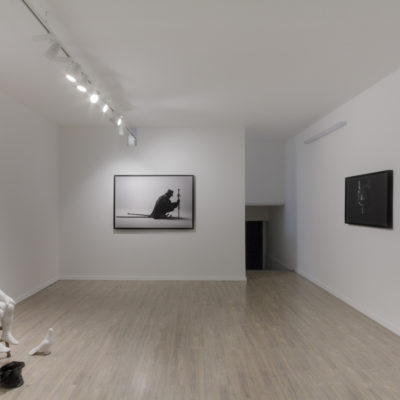 From 7 June to 28 July 2018, Officine dell’Immagine hosts the first Italian solo exhibition of Maurice Mbikayi (Democratic Republic of the Congo, 1974), one of the most interesting authors of the contemporary African scene. Curated by Silvia Cirelli, the exhibition entitled “Masks of Heterotopia” explores the artistic path of this multi-faceted performer, collating a selection of works including photographs, installations and videos, never before exhibited in Italy.

Moving attention to a collective dimension, which evokes the paradoxes of the modern age and above all the complex and multifaceted African reality, Mbikayi is inspired by the French philosopher Michel Foucault, from whom he also gets the title of the exhibition.

Foucault called heterotopic spaces those that “are connected to each other, but they are not real, because they represent instead the reflection of a real space”. A more common example is that of the mirror, in which we see ourselves, while aware that this “second” reality is at the same time existent but also imaginary.

Inspired by these contradictory and ambivalent consistencies, the artist draws a parallel with the Congolese social fabric, and specifically that of Kinshasa, his hometown. Characteristic of this culture is in fact the need, almost obsessive, to always reinvent oneself, using the body and consequently one’s own aesthetics, as expression of a multitude of “existences”.

In this narrative direction, it is no coincidence that the artistic research of Maurice Mbikayi investigates the aesthetic value and the centrality of the body as a symbolic sensory manifestation, taking up the theme of dandyism, a phenomenon which is widespread in everyday Congolese life. Eccentric clothing and the choice of precise apparel codes represent a specific ethical model of the local suburban culture, which must not and cannot be mistakenly understood as mere vanity. Dandyism is above all a sociological phenomenon that finds its weapon of defence precisely in clothing, compared to a contemporary world that cannot be identified with because it is anti-democratic, violent and intolerant.

The daily experience that becomes specular to the artistic context returns as a predominant feature in the poetics of Mbikayi also in its exploration of the impact of technology in African society and the consequences for the environment, economy but also identity that this is generating. The installations, made entirely with recycled materials, such as computers, telephones or various cables, focus on the theme of technological consumption, as a translation of an evolution that actually leads to the alteration of the relationships between individuals. It is from this e-waste that the artist recovers the work material, transforming electronic waste into an expressive vehicle and giving life to a real alter ego of the so-called cyber era, characters that reveal a certain discomfort, because they are helpless and unable to fully understand what surrounds them.