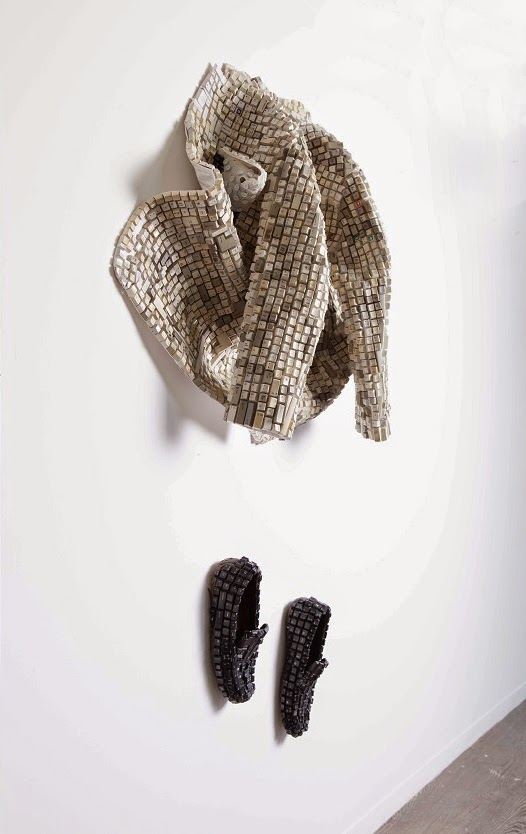 Techno Addict falls into the same category of intention as Techno Dandy: selfdeterminacy through sartorial strategy representing digital identity. I used a jacket and shoes, to which I added black, white and grey computer keys. I decided not to use a mannequin or other props, which might have rendered the work a mere fashion statement, and not ambiguous enough. This is one of the cases in which I drew on Yinka Shonibare’s work. As he does, I would say that my work situates itself in the context of contradictions; what you see isn’t what you get, but rather a subversion that tricks and challenges the mind (Miller, 2009: 266, 268).